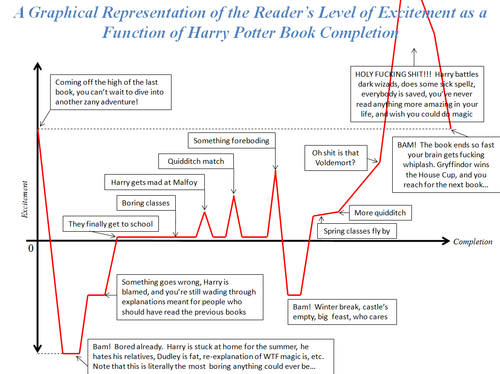 Where are you right now on the Harry Potter graph?

And now that she’s admitted she’s not ruling out new HP books, this once more becomes relevant. 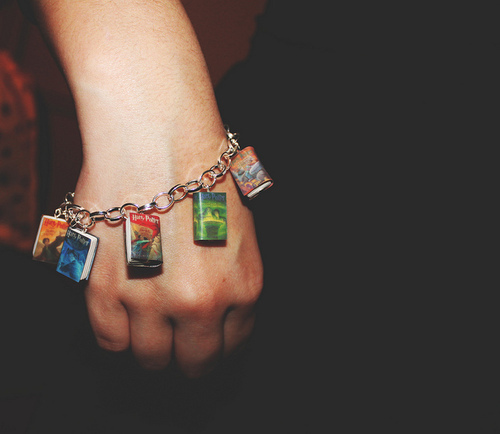 Now THAT is charming! 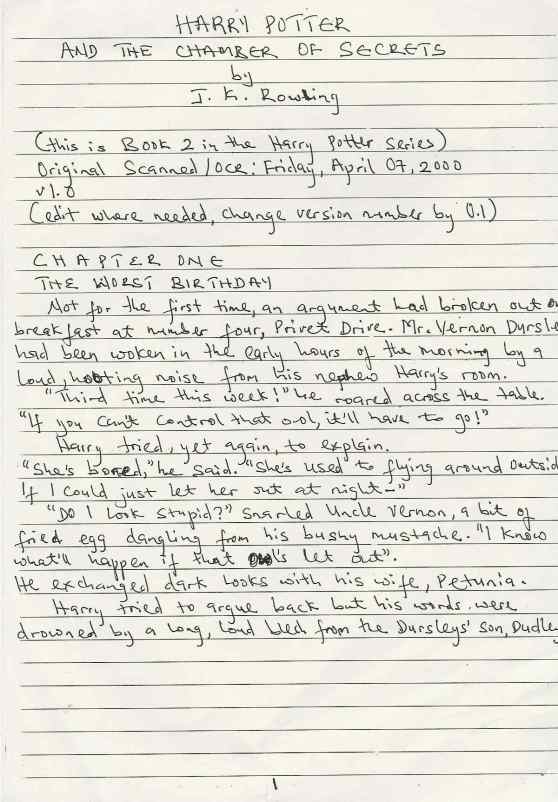 Harry Potter and the Chamber of Spammers

Oh, this is good. This is goooood. Or bad, but really GOOD bad, if you know what I mean, and you will, instantly, once I tell you that this is a true story involving the now-standard Nigerian Email Scam turned around by a very, very smart man who, instead of paying the scammers, played on their greed and got them to write out BY HAND (for, they thought, $100 a page) all of Harry Potter and the Chamber of Secrets, then stiffed them. 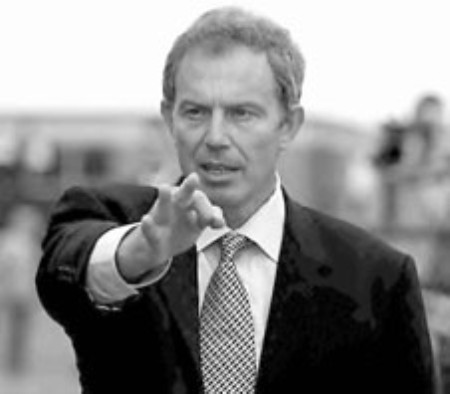 There’s a new  and amusing Facebook Group in town: Put One of Tony Blair’s Books in the Crime Section of Your Bookshop, and there’s some new evidence that they should at least be in Fiction generally.

The Torygraph (via Gawker) reports that contained within my Secret Boyfriend‘s autobiography is a passage cribbed, apparently, from the movie The Queen, and completely, utterly made up.

As a longtime reader of Majesty Magazine, I can tell you that there is very, very little likelihood that the first quotation is correct. The Queen just does not express herself this way in a formal and historically loaded context. She would surely have said “Churchill” or “Winston Churchill” if she said anything. And the screenwriter is adamant that he didn’t base it on any facts, just made it up entirely. So, when you do your substitution at the bookstore, you’d best put his book with Crime Fiction rather than True Crime!

Happy bookiversary to JK Rowling, who released the very first printing of Harry Potter and the Philosopher’s Stone

thirteen years ago today. Now she’s a billionaire, and giving the Queen some serious competition in the “richest woman in the UK” stakes, and good for her.

Vast amounts of swag are terrific, but they are actively laudable when they come from the work of the pen. I raise a tumbler of firewhiskey in your honour, madam!

You can take it from there.