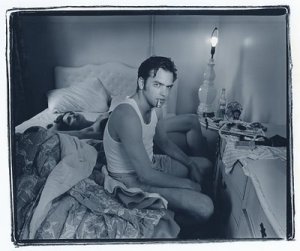 Another from an email, in this case the Instant Coffee email for artists in BC, which is a newish thing I’m really loving. There’s a website, too.

Michael Turner is an important Canadian writer and cultural figure who is well known for his novels, poetry, screen plays and art criticism. His first book of poetry, Company Town (1991) was nominated for the Dorothy Livesay Poetry Prize. With Hard Core Logo (1993) and American Whiskey Bar (1997)
— both of which have been adapted to the screen — Turner moves into a mixed genre practice, creating fragmentary narratives that combine aspects of the novel, poetry and the film script. His
1999 novel The Pornographer’s Poem, published by Doubleday Canada, won the B.C. Book Prize’s Ethel Wilson Fiction Award; a screen adaptation is also once again in development. His new novel, 8
x 10 (Doubleday Canada) is being launched at this event.

This site uses Akismet to reduce spam. Learn how your comment data is processed.